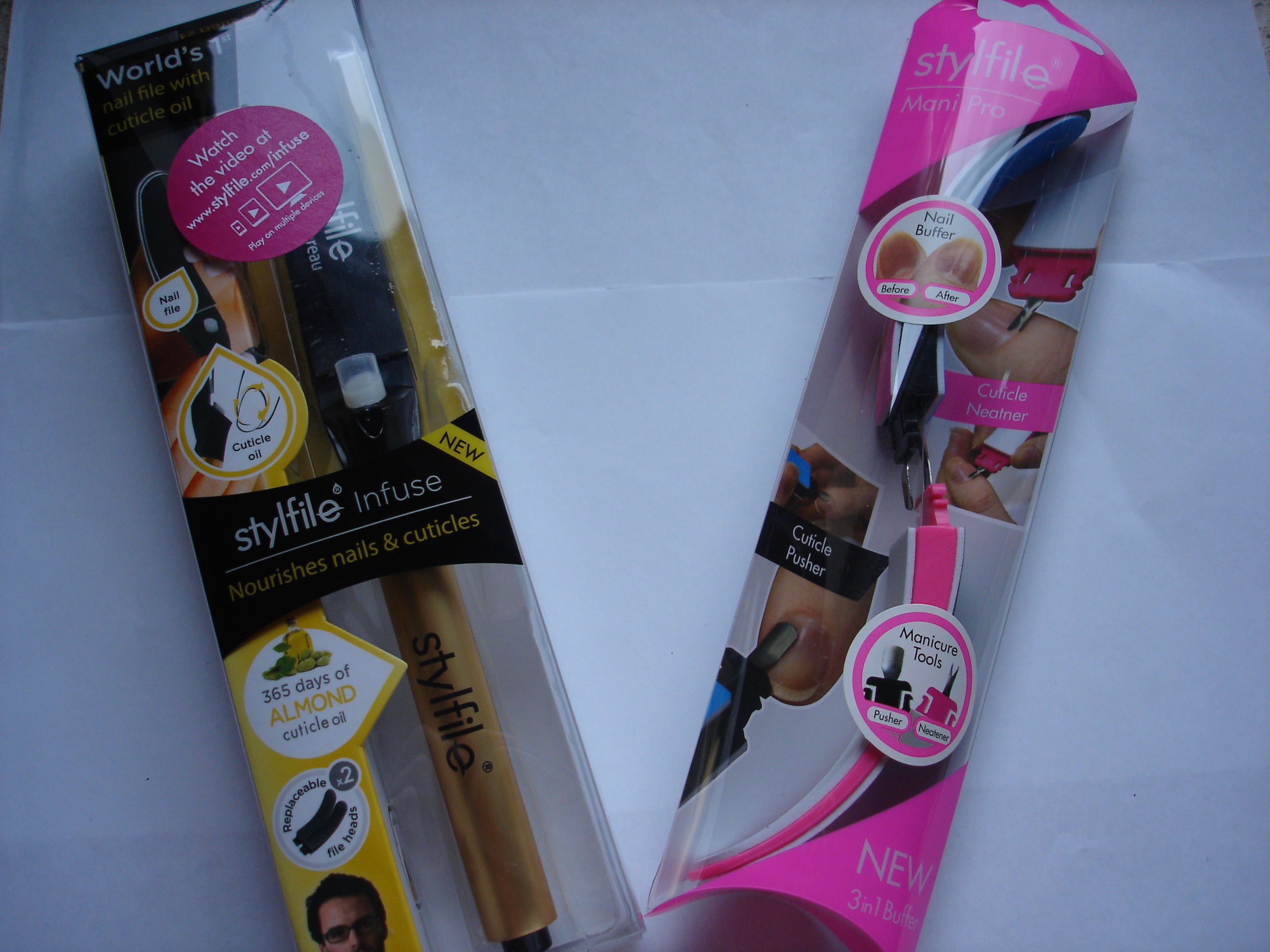 Stylfile has been launched and developed by a former Apprentice winner Tom Pellereau and is backed by Lord Alan Sugar. The brand was actually launched in 2012 and is becoming a well known nail care range. The two newest products to the range are the Stylfile Infuse and the Mani Pro tool. The key element in the Stylfile range is the specially designed ‘curve’ which is applied to all the nailcare products in the range and ensures that the tools follow the natural shape of the nail, therefore minimising any trauma to the nail.

The Stylfile Infuse is basically a curved nail file which incorporates a nourishing cuticle oil applicator.  The base of the nail file contains a ‘clicky pen’ style applicator  which contains a specially developed almond oil to help hydrate the cuticles. This file helps you to shape and nourish nails easily without any fuss. It contains up to 365 days worth of almond oil if you were to use it every day, but you probably won’t need to or remember to! The pack comes with two replacement heads for the file and retails at £11.99  at Stylfile. It’s a great little gadget to carry around in your handbag and I love the actual nail file, the curved shape helps you file nails easily without any dragging and gives a really nice natural shape.

The Mani Pro is a four way buffer with the addition of some manicure tools, a cuticle pusher and a cuticle neatener. These are contained neatly within the uniquely shaped curved tools. I have used this buffer a lot as it is really effective at giving smooth glossy nails. I am prone to dull ridged nails and this is by far one of the best buffers I have used. I love that it has the cuticle tools inside too, making it easy to give yourself a quick manicure anywhere and small enough to take away on holiday without the need for several different tools. All the sides of the buffer are curved like the unique nail files making it easy to use on the nail. I think it is really well priced too at £8.99, available at Stylfile.

This site uses Akismet to reduce spam. Learn how your comment data is processed.

Visit my SPA TO GO Store for beauty and lifestyle products tailored to you!